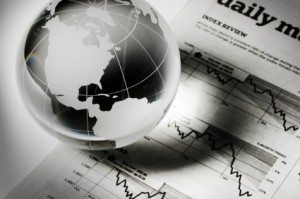 As we look forward to a new year, I am pleased to share my thoughts on the very memorable 12 months past, and to offer my outlook for the commercial real estate market in 2012.

A Year of Fits and Starts for Commercial Real Estate

During a year of extraordinary economic and political uncertainties, commercial real estate held its position as a crucial safe haven for investors in 2011. Investment into the sector reached a peak in the second quarter, supported by CMBS conduit originators and more active life company and bank lenders. Even as economic and employment trends fell short, leasing activity for well-positioned assets strengthened. During this period, investment into segments of the market that had lagged during 2010, including commercial properties in secondary and tertiary markets and value-add opportunities, showed signs of firming, as well.

In spite of the rising momentum, commercial real estate investors revealed they were not entirely immune to the obstacles facing the wider recovery in business confidence. As I suggested in my New Year’s message one year ago, this has been a period of fits and starts. Over the summer, renewed disruptions of capital and credit that were largely unrelated to the property sector threw the conduit into disarray and slowed the pace of transaction activity more broadly. For many borrowers, lending sources pulled back once again, with the result that a larger share of pending sales has struggled to reach closing.

While sales volume in the third and fourth quarters will not match the spring’s flurry of trades, the shifts in the market must be understood in the context of a turbulent economic and political environment. Where investors have retrenched, it is often under the force of external pressures. It nonetheless remains clear from the current diversity of investors and lenders that commercial real estate is high on the investment hierarchy. In fact, many of the last twelve months’ most notable and most visible deals only came to fruition as the year drew to a close. The fundraising activities of the major REITs support this assessment, as well. US REITs raised $37.5 billion in equity in 2011, a new record that easily surpasses the previous high of $32.7 billion set in 1997. They raised another $13.8 billion in unsecured debt.

In the final tally, investment sales in 2011 will easily surpass the $120 billion benchmark set in 2010 and will roughly triple the record lows set in 2009. As a wider range of buyers and sellers have reengaged, pricing in the most actively traded markets has exhibited the sharpest improvements. In the extreme, some highly coveted trophy properties have prompted aggressive bidding by domestic and cross-border buyers and have ultimately sold at higher prices than during the market peak in 2006 and 2007.

While the most visible investments affirm institutional investors’ confidence in the sector, they offer only one perspective on the market. As I pointed out at this time last year, the headline statistics do not fully convey the unevenness of the recovery or the diversity of its investors. The market for assets that do not dominate their respective cities’ skylines is necessarily recovering along its own trajectory. In the current market, that has meant a balance of tailwinds and headwinds that has weighed in favor of the latter.

Core investors whose scope may be limited to a subset of metropolitan areas have argued that rising prices and falling cap rates will inevitably spill over into other segments of the market. In one respect, this is correct. Yields on mid-cap investments are higher than for any trophy property. But that assessment also overlooks the uniqueness of the market for small- and mid-cap commercial properties and the very different makeup of the investor and lender base. Understanding these differences is crucial to assessments of what the next year will hold for commercial real estate.

The Economy, Jobs, and the Political Deadlock

As in previous cycles, the recovery in small- and mid-cap property investment is proving more sensitive to underlying drivers of cash flow than the market for the largest properties. This inevitably means that a strong economic recovery will be one of the requisites for more robust investment. While companies have seen their profits rebound, surpassing their previous peaks from 2007, an environment of extraordinary economic and political uncertainty has constrained decision-making and investment in new tools and people.

In the first days of 2012, the employment outlook looks brighter. For commercial real estate – and for millions of families across the country that have struggled with unemployment – this is the critical missing link to a more balanced recovery. Although the data on job creation in 2011 only shows a modest improvement over the prior year, leading indicators of firm hiring have turned more positive. Job openings have been trending up consistently over the last year. More recently, first-time applications for unemployment insurance have fallen back to their lowest levels since early 2009. Further, employment gains in temporary help services have picked-up over the past 5 months, which lends well to permanent job creation. Even though single-family housing shows no definitive signs of an inflexion, other metrics indicate that marginally stronger growth in 2012 will support a healthier pace of private sector job creation.

Regrettably, an environment of political dysfunction qualifies the outlook, both at home and in Europe. In fact, the latter presents one of the most credible threats to global growth. In the United States, the uncertainties presented by unusually intrusive policymaking may resolve over the next year, given the need for all parties to clarify their political positions and objectives as Election Day approaches. Needless to say, a business environment where the rules of the game are more predictable is more conducive to growth and job creation.

As much as it depends on a stronger economic trajectory, the outlook for small- and mid-cap investment also relies on buyers’ access to financing. In financing their investments, large REITs may offer shares or issue unsecured bonds; trophy investments have also been supported by favorable lending terms from life companies and large international banks. These scenarios are not reflective of the market for smaller assets where the sources of risk and its mitigating factors can be very different. Given the historically dominant role of regional banks and CMBS lenders in facilitating this segment of the market, these lenders figure prominently in the assessment of what the next year will hold.

Although the CMBS market has struggled to reassert itself since last summer’s interruption, plans for new issuance in the first quarter of 2012 indicate a gradual increase in conduit origination activity. Surprising as it may seem, stability in global bond markets is an important condition for well-functioning CMBS markets, since the spreads on the latter’s bond yields are influenced by corporate bond market trends, as well. In the first half of 2011, more than half the CMBS loans securitized had origination balances of less the $10 million. It remains the case that a more active CMBS market is required for the small and mid-cap segments to flourish, in particular, as a large number of seasoned CMBS loans mature over the coming year.

Outside of the apartment sector, where generally improving fundamentals and the contributions of Fannie Mae and Freddie Mac are facilitating both sales and new development, commercial property investors are dependent on bank financing given an absence of other debt sources. For the last several years, that has presented a problem. Banks have been preoccupied with the management of their distress portfolios and have hesitated to extend new credit, even in the best of cases. The most recent data show those priorities changing. Banks’ default rates on their commercial and apartment loans have fallen consistently over the last year. Coinciding with the stronger performance of the legacy balance sheets, many banks are accelerating the liquidation of bad loans and real estate-owned. A growing minority are lending again, increasing their exposure in segments of the market where an absence of competition and low interest rates are affording opportunities to extend credit. Improvements in bank lending and CMBS issuance will have a disproportionately positive impact on the mid-cap market. Access to historically low-cost credit in 2012 and the likelihood of higher interest rates in 2013 signal an unmatched window of opportunity for acquisitions over the next 12 months.

The economic and jobs outlook is improving. With so many of the underpinnings of a stronger recovery in place, we can afford a degree of optimism. Politics and the possibility of external shocks, primarily from Europe, still qualify that optimism.

While prices in the largest markets have recaptured a significant share of their lost value, other assets have lagged the headline measures. Combined with historically low borrowing costs, there is tremendous upside potential for borrowers with access to financing who can identify well-positioned assets.

While the process has been frustratingly slow, more banks are moving distress off their balance sheets. This process has the potential to accelerate in 2012, given banks’ stronger positions generally, an evolving regulatory environment, and the potential for distress from maturing CMBS. That will create some pressures on the market, but it should also deepen the pool of distressed assets and notes for sale.

Attention will necessarily turn to the small and mid-cap market as the economy improves and financing options broaden. Given our experience in this arena, we are anticipating a high volume of advisory work to identify and market investment opportunities before consensus firms. Timing will be the crucial differentiator in this market – the intersection of low-cost financing and first-mover advantage demands that we act deliberately.

We’re in the business of listening, understanding, and adding value with Character, Competency and Certainty.